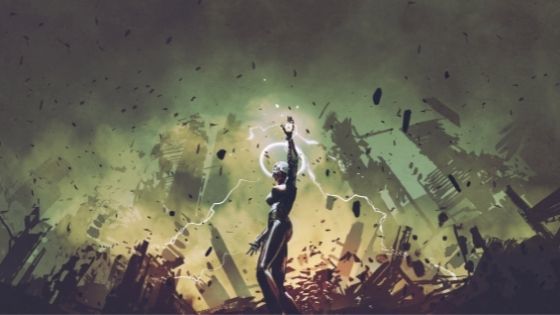 I Love You, Baby

Khalil smiled at the girl walking beside him in the park. It was such a romantic evening. Just the way he had hoped. Melissa was a gorgeous girl, and the way the moonlight illuminated her face was absolutely stunning. He let his eyes linger on her face as they walked down the sidewalk. Melissa noticed and turned to smile at him.

“What is it?” she asked. “Why are you looking at me like that? Is there food in my teeth?”

The boy felt his cheeks blush. He was glad they were walking in the dark. Khalil was a shy person. He had never dated before. Melissa was the first girl who seemed to show an interest in him. And he was afraid to ruin their friendship. She was the first friend he had made after arriving in the USA.

Khalil hadn’t yet told her how he felt. But he had been hoping to get the opportunity to tell her how he felt. The young Filipino was waiting for the right moment to open up his heart. But he wasn’t quite sure how his lovely American friend would respond though. He didn’t want to jump the gun and ruin the moment.

Normally, Khalil was the kind of person who wore his heart on his sleeve. He was a very open person and never had any trouble sharing is thoughts. He was able to easily express what was going on in his heart of hearts with complete strangers.

But when it came to the women he liked, Khalil found that opening up to them too soon often spooked them off. They seemed to find his expressions of love too overwhelming so fast. So, he was trying to hold himself back.

Khalil just wanted to take it slow and build a strong friendship first. But it wasn’t easy. She was so pretty. He couldn’t take his eyes off of her. Well, he could, but Khalil didn’t want to. He sighed and turned his face away.

“I think you are so beautiful. I can’t take my eyes off of you,” he said quietly, afraid his words would scare her off, but still unable to hold his feelings in any longer. “I love you. I have since I first laid eyes on you.”

He winced after saying it and breathed out a long, shaky sigh. Well, it was out. Now, he would just have to wait to see how she responded.

Melissa started laughing. “It took you long enough to say it.”

Khalil’s heart seemed to have stopped beating as he waited to find out what she meant. He was afraid to ask her.

“But first there’s something you should know about me,” she said.

His heart sank. Half-expecting her to tell him that she had a boyfriend. How could he have been so stupid to not have asked her about it before? Melissa had never given him a reason to think that.

Khalil’s mind started to whirl as he mentally kicked himself for all the things he should have said or asked her before spilling the beans like that. He always seemed to open his mouth and insert his foot during moments like these.

Melissa stopped walking and turned to face him. She reached out her left hand and brushed the side of his face. The girl smiled and time seemed to stand still for Khalil. He waited for the bombshell. For her to tell him that she wasn’t interested in him that way.

Just then, there was a loud boom off to their left. The blast knocked Khalil off his feet. He lay on the ground stunned for a moment. He looked up to see Melissa still standing in the same spot. She hadn’t moved at all or seemed phased by the explosion.

He glanced over to see what had caused the blast. He couldn’t see much at first through the smoke and settling debris. As the scene cleared, he could make out the form of a woman. Although, she wasn’t a normal woman. There was something strange about her.

The woman’s hands glowed and there was a halo around her head. She stepped forward through the smoke and stretched out her arm toward Melissa. Lightning crackled and sizzled around her body.

“Nice to see you again, Sunbud,” she cackled with a strange robotic laugh.

That’s when Khalil realized why the woman looked so strange. She was a robot. Well, most of her anyway. Her head still looked mostly human.

Khalil jumped to his feet and tried to grab Melissa’s arm to pull her away. “C’mon, Melissa! Let’s get out of here.”

“Go, Khalil. This is what I needed to tell you. I’m not quite like you.”

“What? Are you an alien?” he asked, glancing from Melissa to the strange woman in front of them.

“No, but I can’t explain it now. Just get out of here. I’ll tell you about it later. But it’s not safe for you here. Go and call the police.”

Melissa grabbed Khalil’s face with both hands and kissed him.

Kahlil turned and ran to find someone who could help save the woman or whatever she was that he loved.