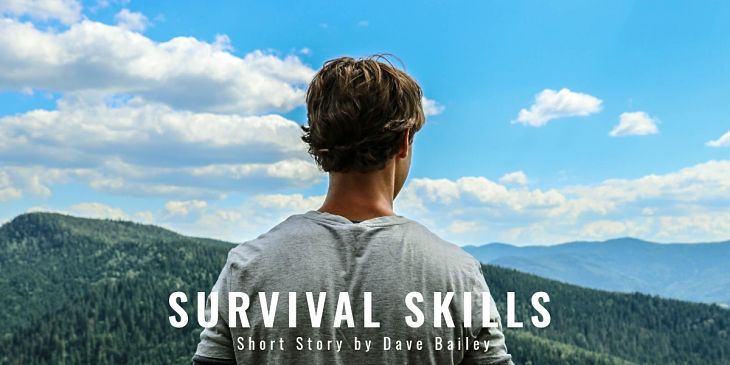 She smiled and looked back at what she was doing.

He took a deep whiff. It smelled great. He was still full from supper, so he wasn’t exactly starving. But his stomach growled hungrily just because of the time.

Same time he ate breakfast every day. Like clockwork. He never missed breakfast. He could skip lunch if needed or he was really busy. And he often skipped supper. Just part of the way his body was changing.

When he was younger, he never skipped a meal. And he ate like a horse she always said. But over the years he realized he needed to eat less. He often didn’t even feel that great after overeating.

He could pack down ten slices of pizza in a contest against his friends. But now, he felt sick the following day if he ate four. Three was often plenty. Sometimes even two.

But, he still enjoyed it. Tried to eat healthily. Well, mostly because of her. She always ate eggs and bananas for breakfast. He was a little more liberal with what he ate. He didn’t worry about eating carbohydrates like she did. He didn’t really worry about following a diet anymore, even though he had tried just about all of them at one point or another.

Been there. Done that. Never really did much for him anyway. The restrictions always left him feeling hungry and grouchy. He lacked the self-discipline to stick to it and always broke after the first week or so. Then he just binged. Eating worse than he had before starting the diet.

Maybe, he should just go back to living the way his ancestors had as hunters and gatherers. He had heard about people doing that. They held regular nine to five jobs just like everyone else. But they still hunted and cooked their own food before and after work. They tended gardens to grow their own food.

He heard that it was good because they only ate when they had time to hunt or gather stuff. They didn’t worry about eating three square meals a day. “It was a growing tendency,” his friend told him. “You should try it.”

A bunch of his colleagues had done it over the past year on their vacation time. Spent several weeks in the woods, surviving on their skills and wit. He had thought it kind of silly at the time. A bunch of middle-aged men with potbellies running around in the middle of the woods after wild boar and deer. Tending to their tomato gardens trying to coax them into ripening before dark.

But they had come back looking better. Leaner. Stronger. Healthier.

Maybe he should try it too. Maybe they could do it together.

“Hey, Babe! Let’s do that summer of hunting and gathering program I told you some of the boys did last year.”

She looked at him like he was mad. Crazy. Out of his mind.

“Why in the world, would I want to do something like that?” she asked. “That’s a guy thing.”

He shrugged. “I just thought it would be fun. The two of us trying to survive.”

“No, thanks,” she replied. “I survive just fine, right here with shopping malls and nice restaurants.”

“We have to learn how to survive without things, Babe. Just imagine if there’s a zombie apocalypse like on those series that you watch. We have to be prepared.” he said.

She burst out laughing.

“What’s so funny?” he demanded.

“Nothing,” she said still chuckling. “I don’t think those things will ever happen which is why I watch them. But if they did, I wouldn’t last three days without a shopping mall or fine restaurant. I’d rather join the zombie heard then hunt deer and grow tomatoes.”

He didn’t know what to say in reply to that. He just shook his head in wonder.

“But you go on this program with your friends. It’ll be good for you. I’ll stay here and enjoy my malls and restaurants. Who knows? Maybe there will be an apocalypse here soon, and you’ll be prepared to survive and defend me,” she continued with a dramatic gesture of throwing her head back and placing the back of her hand on her forehead. Classic pose of a damsel in distress.

He sighed and pushed his plate back.

“What’s the matter? Aren’t you going to eat your eggs? Wait. They didn’t taste good because you didn’t raise the hens yourself.” she jabbed.

He still didn’t reply. Just smiled through gritted teeth. He was glad she didn’t want to go. It would be hard enough trying to survive in the woods without her jabs and snide remarks. Let alone put up with them when he was hungry. She was ornery enough when everything was going great. Sometimes she even went off on him when he brought back the wrong kind of bread from the supermarket.

He shook his head.

“Nah, it’s cool. I’m not worried about learning how to survive a zombie apocalypse. I just think it would be a nice adventure.”