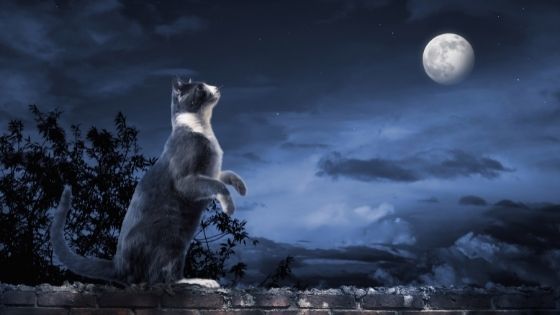 Joe. That was his name. At least that’s what he called himself. And that’s what he told everyone else his name was. Nobody ever gave him a name. Nobody that he could remember anyway. For the longest time, he didn’t know what to call himself when anyone asked. It was rather embarrassing. But one day, he was walking down the street and overheard someone yelling out that name. A little boy answered back and came running around the corner towards the house. So, he assumed that it was a good and proper name. The next time someone asked what his name was, he told them it was Joe. No one ever questioned it. It sounded good. Later he found out that it was a fairly common name. He met lots of others who had the same name. It didn’t bother him though. It was better to have a good name that was common, than a unique name that sounded strange to the ear.

Anyway, he lived on the same block most his life. Slinking around back alleys. Digging through trash cans for food. It wasn’t a great life like some of the others he saw living around him, but it wasn’t terrible either. He had a pretty good time. Hung out wherever he wanted. Did what he wanted. Came back whatever time he wanted. It wasn’t anything to complain about. Not like some of the others he saw around him. Time to be home. Time to take a bath. Time to go for a walk. It seemed a bit more rigid and structured than he was willing to make a go of.

But sometimes, however, when he was all alone at night, old Joe missed having someone around. Not that he would have admitted it. Especially, on the dark, cold rainy nights when the clouds covered the sky and he couldn’t see the stars. He felt so alone. So, as much as he enjoyed living this way, it sometimes seemed like the grass was greener on the other side of the fence. Or in this case, the other side of the door. So, one day, after a particularly dark, cold, and rainy night, Joe decided to adopt himself a human. He wanted to try out this life of having a warm place to sleep. Even if it meant having a set time to go home. Regular food to eat. Even if it meant eating the same old food day in and day out. And even having a set place to go to the bathroom. Even if it meant having to put up with kitty litter. He hated the smell of it whenever he went to visit his friends.

Joe asked around, but none of his friends wanted to share their owners with him. They already caused enough trouble they said. They didn’t want old Joe to spoil their good lives.

“Don’t worry,” they told him. “You’ll find a good owner soon. You just gotta to know what you want in an owner. And don’t go looking for someone special. They demand to much time and attention. Make sure to find a common owner who as already had a pet. They’re easier to handle.”

Joe thanked them and went out looking for a new owner. He walked down the street and sniffed around each one. The ones with strong scents, he avoided. They already had a pet. The ones without scents he avoided. They had probably never had a pet. He kept sniffing his way around the block. He eventually found a few that smelled like they had had pets in the past, but who no longer lived there. He kept an eye on those places to see what the potential owners he could adopt looked like.

The first one was really cute. A nice lady who put milk out for him whenever she saw him coming around. But she took him to these smelly places and sprayed this awful smelling stuff all over him. He could barely sleep for three nights. And after she took him the following week, he gave up on her. No wonder her pet had given up on her.

The second person, was pretty cool. Always had parties at his house. There were always people around. But everyone wanted to touch him and rub him and pet him. Old Joe didn’t care for that very much. There was just too much noise. He usually fled back to alley after a few hours, and only go back in the morning when the last guest had gone home around the crack of dawn. No wonder his pet had abandoned him too.

The third person was this old lady who lived alone. She never had anyone come around. No noise in her house. It was peaceful and quiet. She never took him to the stinky place. But she was often forgetful. She didn’t always put food out for him. So, Joe had to go get food back in his alley. And she didn’t wait up for him. If he stayed out too long, she locked the door and went to bed. He didn’t like getting locked out, but neither did Joe like having to be home at a certain time. The food was okay though, so he kept going back.

One night, it started to rain though. He raced back to her house, but she had already closed up all the doors and windows. She hadn’t even waited for him to come home. How rude of her. Joe was furious. He meowed and howled. He scratched on the door. But she never came to open it for him. He hissed and growled and threatened to scratch her face off. He finally feel asleep in a dry corner of her porch. But it wasn’t the same thing. He had slept in drier places on his own. If this was what adopting a human meant, he didn’t want to keep doing it. It was too much work for too little benefits.

The next day, Joe moved back to his alley. It was still there. Just the way he left it. His friends were all happy to see him back again. He had his freedom. Who needed to put up with all that hassle of trying to keep a human healthy and happy. Joe sighed and crossed his paws in front of him. Rested his head on his paws and drifted off to sleep. Happy to be back home. Back on his own.